Sometimes mistaken for the Irish Setter, the Red Golden Retriever is a purebred Golden, but with red coloring. There can also be some differences in temperament and appearance, but they’re pretty much the same breed.

If you are thinking about getting a Red Golden Retriever puppy to call your own, keep reading to learn more about the mahogany-colored variation and its many wonderful traits. 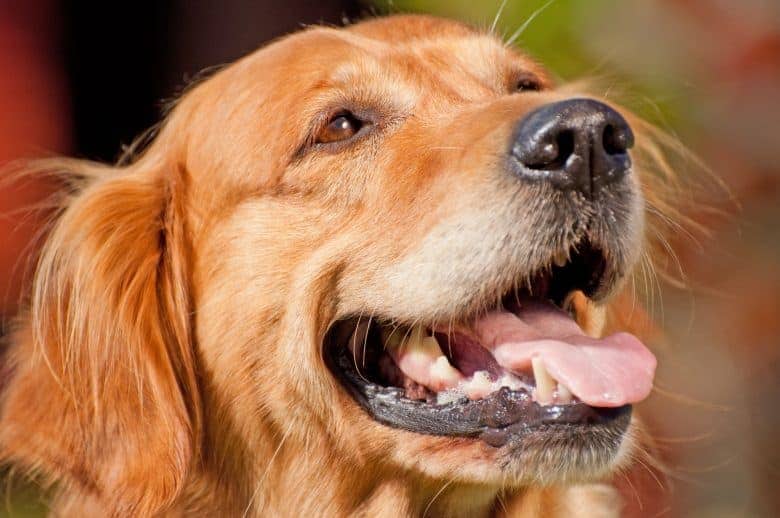 Origin: Where are Golden Retrievers from?

As a purebred Golden Retriever, their history can be traced back to the 1800s in England Scotland where a number of breeds were crossed to develop the perfect dog for hunting waterfowl.

It is likely that the Saint John’s Dog, Labrador Retriever, Tweed Water Spaniel, Red Setter, Wavy-Coated Retriever, and Bloodhound all contributed to create the Golden Retriever we know and love today.

All in all, Goldens were bred for their obedience, love of water, tolerance of the cold, and soft-mouthed retrieval techniques.

In fact, the lineage of most of today’s Red Golden Retrievers can be traced back to their use as excellent gun dogs.

Despite their creation in Europe in the 1800s, this breed was not well-known until around 1904 and was not officially recognized until 1913. In 1925 Golden Retrievers finally gained recognition by the American Kennel Club.

During their development, the yellow color was favored, however, a redder dog has been around since the beginning. 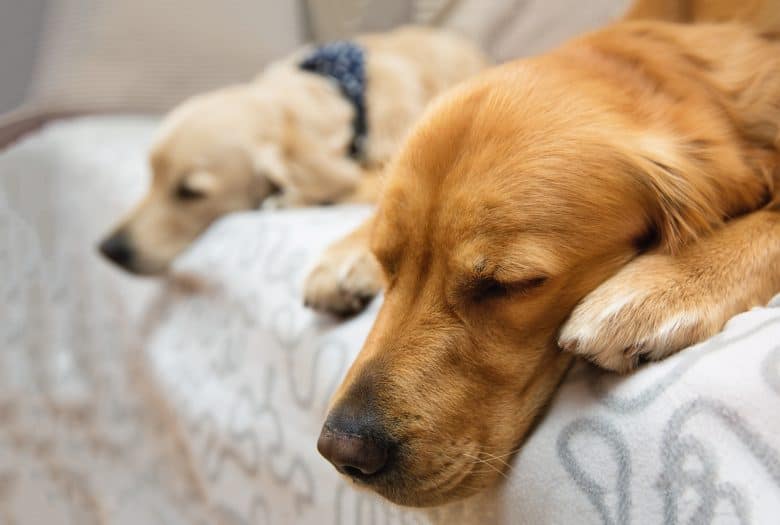 The exquisite color of the Red Golden Retriever

A Red Golden Retriever puppy will be super cute and absolutely breathtaking. Their gorgeous coloring is matched by a well-proportioned body.

This athletic dog will have a rectangular build that makes them slightly longer than they are tall, with a broad head that tapers to the muzzle with a black nose.

The ears will hang down in a pendulum style while the round dark eyes of the Red Golden Retriever are characteristic of this breed, giving them an intelligent, alert look.

Want to know what your Red Golden Retriever puppy will look like as it grows up, check out this video:

While a medium to large dog, a Red Golden Retriever will be a bit more streamlined and lighter than a show Golden Retriever. This graceful and elegant dog has an athletic, compact figure.

The coat can be straight or wavy but will always have an undercoat for protection against the water and cold, harsh weather. The undercoat of the Red Golden Retriever will be short and dense with the outercoat longer and softer. 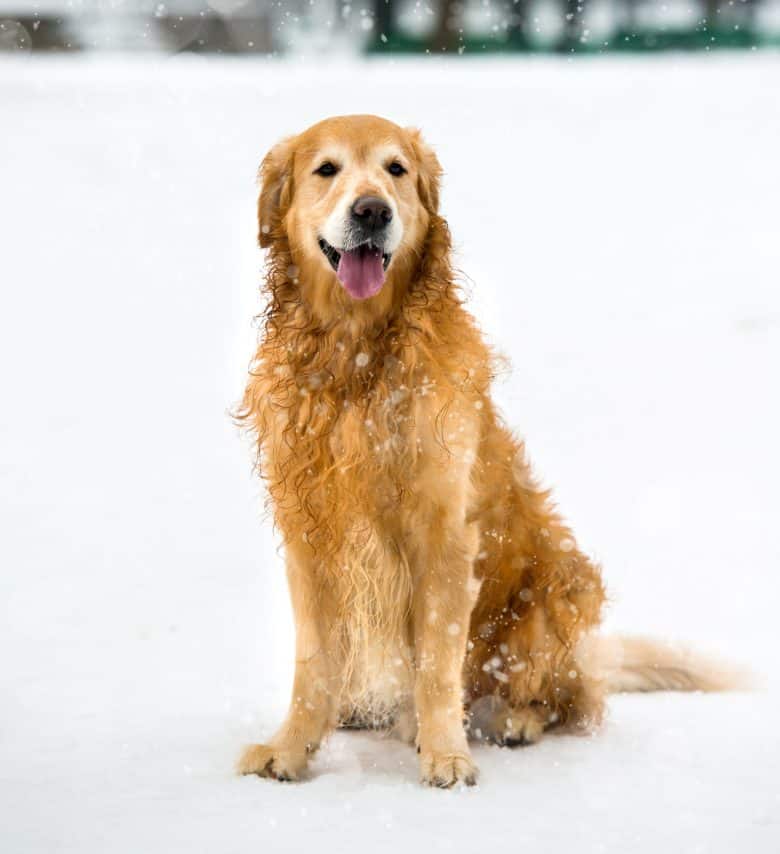 All Golden Retrievers are known for their intelligent, loving natures. These happy dogs love to be around their families, are extremely calm and patient with children, and get along with strangers. They also typically mesh well with other family pets.

Due to their love of attention, these dogs can suffer from separation anxiety if left alone or ignored for too long. They also have a tendency to bark at new visitors but will sooner lick a newcomer than bite so they don’t make for good guard dogs.

However, due to their intelligence and history as working dogs, the Red Golden Retriever is well suited in search and rescue, bomb and drug detection work, and even as a therapy or disabled assistance dog.

Their adaptable nature makes them well suited to a range of environments, however, their strong working drive can make them a touch less sociable than typical Golden Retrievers. 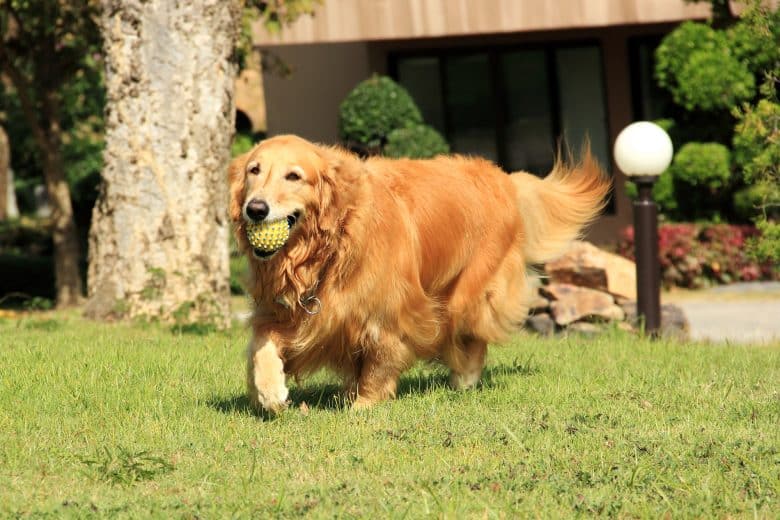 The energetic Red Golden Retriever is happy to work and will be very obedient but training should start at a young age. As these dogs have been bred to retrieve waterfowl they love to use their mouths, especially as a puppy.

While they don’t bite to hurt, the Red Golden Retriever will need a variety of chew toys to keep them busy.

Thankfully because they love to have a job to do, your Red Golden Retriever puppy will be easy to train, excelling at tasks such as agility and obedience training.

They will also love to play fetch and their active drive means they require more intense exercising than a show Golden Retriever.

In addition to dog sports and playing fetch, the Red Golden Retriever will love to run and makes for a great sporting partner, requiring at least 60 minutes of exercise every day.

A high-energy dog requires a high-quality dog food and this is definitely the case with the Red Golden Retriever.

Be sure to avoid processed and starchy grains and vegetables as well as fruits that are high in fructose.

These foods can also lead to inflammation which increases the risk of cancer in this breed.

Food should be split between two daily meals with a total of two to three cups a day. You should also remember that any treats you give your Red Golden Retriever should be included their daily intake.

This breed is prone to obesity and as your puppy will love to eat anything it sees, it’s vital to watch your dog’s weight.

As with Golden Retrievers, this breed requires quite a bit of maintenance when it comes to keeping their coat shiny and healthy.

Daily brushing is a necessity with the Red Golden retriever known to shed all year round, with an increase in shedding in fall and spring due to the changing of the seasons.

The use of an undercoat rake will help to reduce shedding.

In addition, you will want to wash your Red Golden Retriever puppy at least once a month while their nails should be trimmed every few weeks and their ears checked and cleaned weekly to prevent the build-up of disease and any infections from occurring.

Don’t miss: Why is your Golden Retriever shedding & how to deal with it

Dogs that have been spayed or neutered before they reach the age of one year old seem to be more susceptible to the disease, with the most common types of cancers being lymphoma and hemangiosarcoma.

In order to avoid the potential risk of cancer forming in your dog, be sure to avoid toxins such as pesticides and herbicides used on lawns and plants.

Other health ailments that can affect the Red Golden Retriever include Hip and Elbow Dysplasia and Hock Osteochondrosis which affect movement, Progressive Retinal Atrophy which is a degenerative disease which can lead to blindness, the heart disease Subaortic Stenosis, Myasthenia Gravis which can lead to weakness and fatigue.

Another disease that can affect this breed is Hypothyroidism which can lead to weight gain and is one of the reasons why you need to be vigilant in the feedings of your Red Golden Retriever.

The best way to choose a Red Golden Retriever is to look at their ears as this will be most similar to their eventual adult coloring.

While a yellow Golden Retriever can cost around $800, the Red Golden Retriever will fetch a much higher price due to their rarity and the fact that they are highly sought after. You can expect to pay as much as $3,000 for this breed. 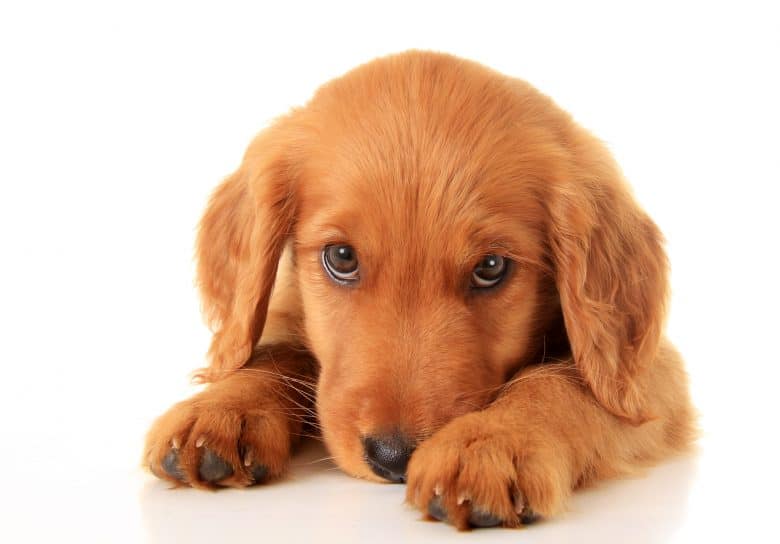 While you may find a dedicated Red Golden Retriever breeder in your area, the most important thing to look at before buying a puppy is to use a breeder who does proper health testing and really cares for the parent dogs.

Here are some Red Golden Retriever enthusiasts to get you started on your search for the perfect puppy to welcome into your home:

If you want to get a Red Golden Retriever from a rescue or adoption center, then a good place to start your search is by looking at sites that specialize in all types of Golden Retrievers. Here are just a few to kick off the search:

Should I get a Red Golden Retriever puppy?

A loving and devoted companion, a Red Golden Retriever is easy to train and loves to work. These pups will be a perfect addition to an active family.

However, if you are planning on showing your dog then this breed is not a good choice as they will be scored down or disqualified for their coat.

Do you have one of these dogs? Let us know in the comments below.