Home » Breeds » How to choose a unique Golden Retriever name

Long before you even bring your puppy home, you’re sure to have thought about what to call her. A name just as sweet and charming as the breed, something that’s unique or meaningful.

We’ve put together some of the most popular and uncommon names. We’ve also included some tips on how to choose one that fits. 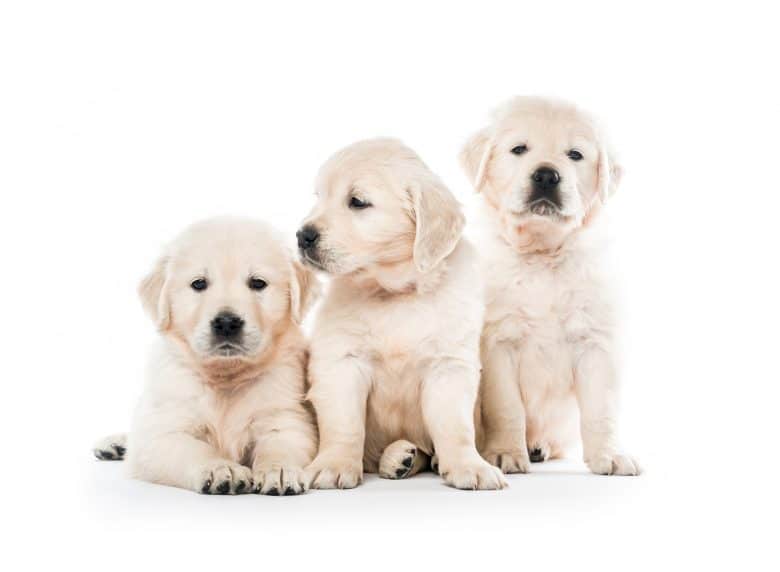 By the time you’re done reading this, you’ll have a name all picked out!

What’s a good name for a Golden Retriever?

A name is for life, and you want to make sure it’s something you’ll never grow sick of. Here are a few tips on how to choose the best name for your Golden Retriever.

It should be personal

First, decide what you want to name her for. It can be after a person, for her appearance or personality. 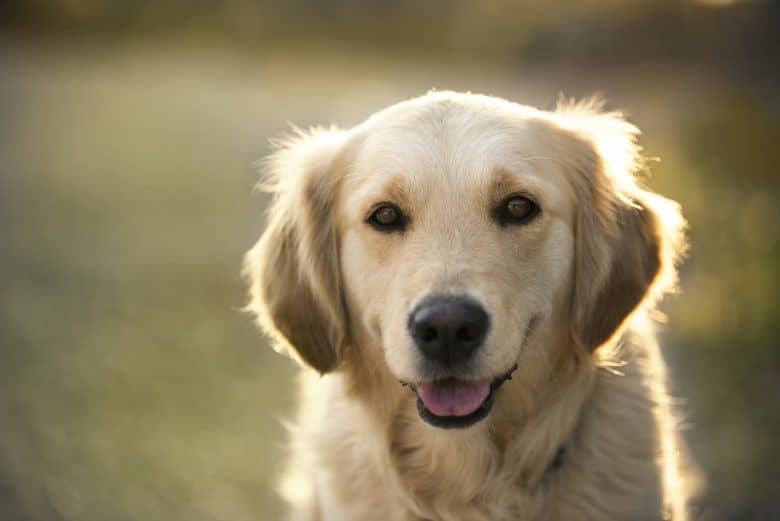 Oxymoronic names such as calling a dog “Pony” or “Kitty” might be fun if you love jokes. But if you enjoy the great outdoors, perhaps “Sunshine” or “Meadow” is more fitting. Or maybe you’re a foodie – go with “Cookie” or “Cheeto”, why not?

Look to inspiration from your favorite songs or books. Name your new companion after something you love.

You’ll want to train your dog, and if her name is too long, it might take a while for her to recognize it.

One or two syllable names are the best. But you want to avoid names that sound like commands such as “stop”, “no”, “sit”, etc.

Some names look good on paper but can feel awkward when you use it. Try the Backdoor Test and call out the name. Get your family members to do it too.

Does it feel right? Do you like the way it sounds?

Some names just aren’t meant to be. You might bring home your puppy and realize that the name you’ve chosen doesn’t fit her.

Stay flexible and observe your puppy before you get her collar emblazoned with the name you had in mind.

Allow your dog to choose!

Don’t you ever wish you had a say in your name? You can get your dog in on the naming process.

Pick out a few names and write them down on flashcards. Put treats on each one and see which treat your new puppy eats first.

You can also call out a couple of names and see which one she responds to. You can do this with the whole family, get everyone to make a circle, and call out the names they think she should have.

She’ll go to the person who is saying the name she likes.

Names don’t have the power to change a puppy’s characteristics, but iconic names are too hard to pass up. Everyone remembers Balto and Hachiko, but those aren’t Goldens.

Here are some Golden Retrievers that have made a lasting impression on the world.

This is the Golden Retriever that helped the breed gain its fame.

Owned by American President Gerald R. Ford, gifted to him by his daughter, Susan Ford. He would signal her during meetings in the Oval Office, and she’ll go up to his guests.

Her friendly face and wagging tail is the best distraction a president could ask for.

She is famous for two things. She won “Best in Breed” at a Westminster Dog Show and became a surrogate mom to three tiger cubs. You can see her in action below:

Isabella is another Golden Retriever who adopted tiger cubs. These loving dogs are accepting of everyone.

Duke is portrayed by many different dogs in Bush’s Baked Beans commercials. The rascally character is beloved by many, just take a look at him!

The dog actor has also gained recognition as a goodwill ambassador.

Other fictitious Golden Retriever characters are Dug, from Pixar’s Up (2009), and Shadow, from Homeward Bound (1993). You can watch that touching scene when he reunites with his human here:

The basketball playing Golden in the movie Air Bud (1997). He appeared in the film as himself. Aside from that, he was also FullHouse’s resident Golden Retriever, Comet.

Indisputably the most famous dog on Instagram, with 2.6 million followers.

These two Golden Retrievers are the search and rescue heroes of the 9/11 attack.

The fun thing about naming a furry friend is that it doesn’t have to make sense. Nobody’s going to make fun of her at school. 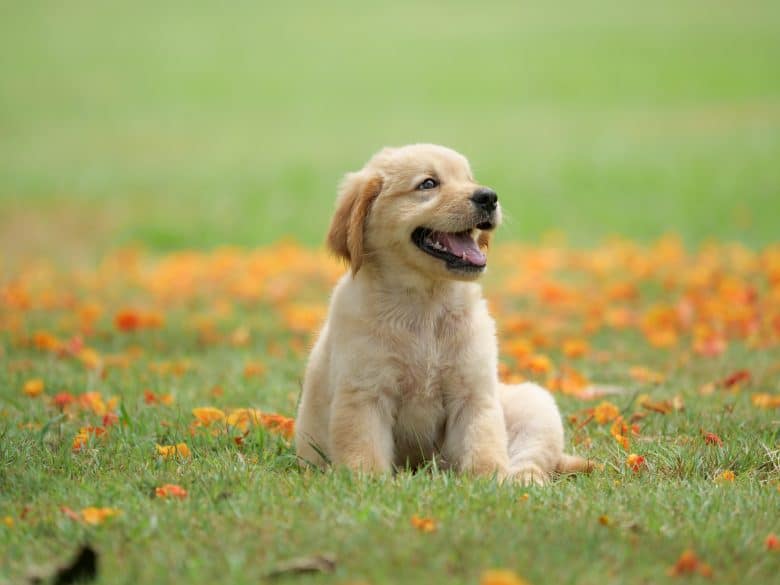 Unusual names are currently in vogue, and it can even be unisex. If you prefer a more gender-specific name, we’ve got you covered.

The best names are short and sweet. If you need some inspiration, take a look below.

Pay homage to the Golden Retriever’s Scottish ancestry. Here are a few Scottish Gaelic names you can consider.

What should I name my Golden Retriever?

The name should reflect both you and the dog’s personality. She’ll show you who she is eventually, so don’t stress. 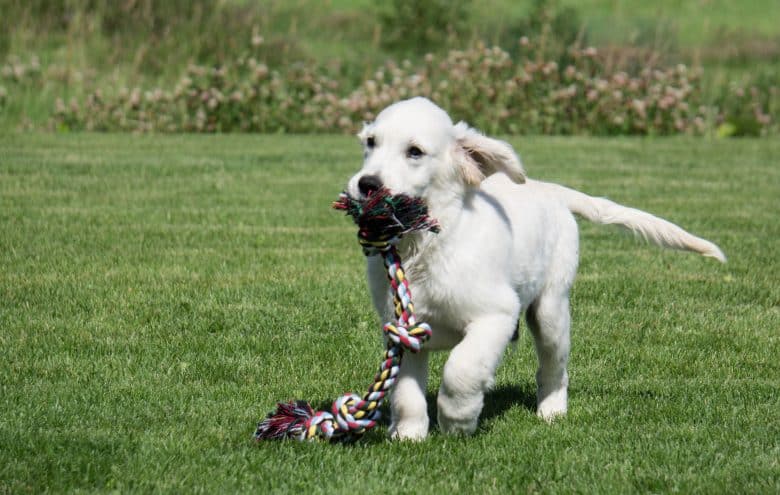 Once she has a name, help her get used to it quickly with lots of love and treats. Never use her name to reprimand her. Associate her name with good vibes only.

Have a favorite? Let us know in the comments below which Golden Retriever name you like best.